Another little hiccup / brain-fart / malfunction that is the #virtualTGOC space-time continuum: I woke up in the very early hours - in my frozen tent. Somehow I'd been transported to Loch Cuaich. How the hell did that happen? 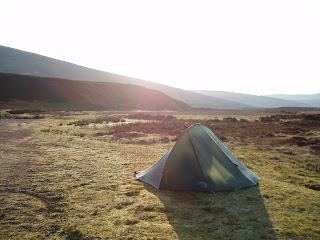 What confused me more (bear in mind that I'm easily confused, even on a good day) was that at around 1am my tent lit up as if it was daylight - scary. It seems that poachers / lampers were oot 'n aboot. 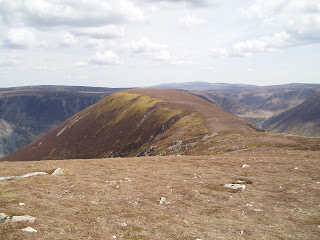 I later learned that Mssrs Lambert & Alan Sloman were camped not too far away and heard / saw the same kerfuffle. Later in the morning, at a far more sensible time o'clock, there was the little matter of ascending the shapely Sgor Dearg and then the steep descent to Gaick Lodge and Loch an t-Seilich. Hard work considering it was first thing in the morning. 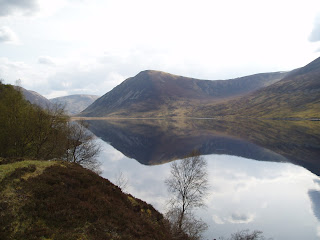 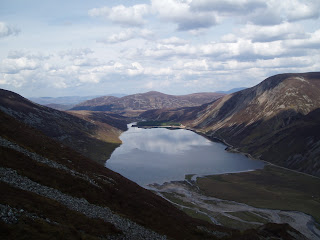 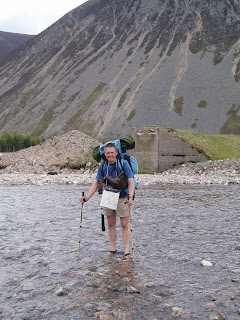 A second breakfast followed in a lovely sheltered gully by Allt Bhran (All Bran...?).

Peace and quite was shattered by the arrival of Keith Leonard and Terry Leyland. They didn't hang around. 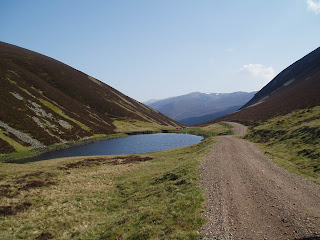 Approaching Lochan an t-Sluic I spotted a couple of tents by the lochan: it was Angus McKinnon and Norrie. Gus kindly allowed me to snoop around his Akto, a new tent on me - a month later I'd bought my own. 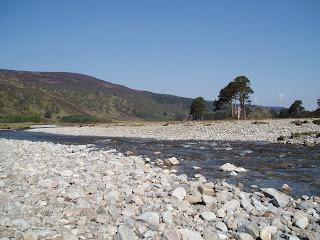 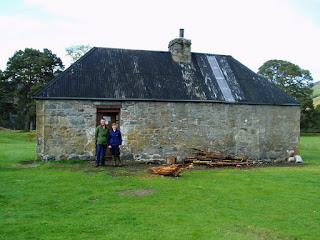 The night was spent in Ruigh-aiteachain Bothy. 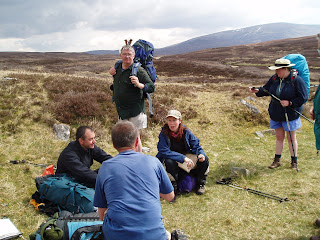 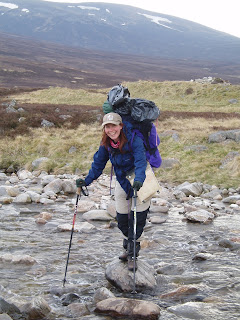 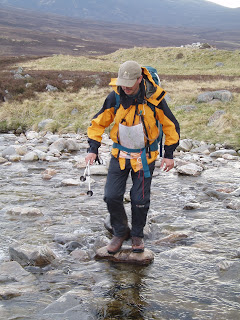 It was a grand day to Whitebridge and a fine camp spot that night. 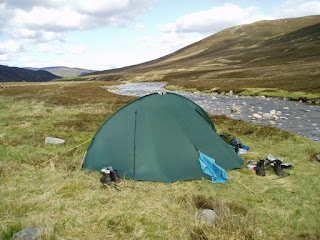