In which Chef Pieman excelled

At 7.30am a bacon barm was thrust (a good word that, ‘thrust’…I must use it again) into my tent as I was slurping my second caffeine shot of the day. Mike had been busy cleaning the camps site’s communal frying pan and using his culinary expertise to maximum effect. I thrust the bacon barm down my neck, washiung it down with what was left of my mug of coffee. Thanks Mike – it was good, and a pleasant change from my usual muesli.

The sun was shining brightly and the laundry I’d left out all night was virtually dry - my white undies were now only slightly grey.

We left the campsite, continuing east along the disused railway line that coincided with the Rob Roy Way and then along a very quiet lanes for a couple of miles. 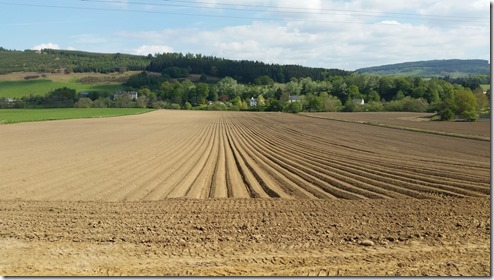 A seriously BIG hare bounced away across the road and into this freshly ploughed fields as we approached.

Came across a farmer from the North Riding of Yorkshire who was moving his cattle around. We stopped to chat – what a sad story he had to tell: during WW2 his house had been destroyed by a crashing aircraft – one of ours. His parents and his brother had been killed in the accident. He described his life as being ruined. I can’t imagine how such a young lad would have coped with that loss. The widow of the pilot had offered to adopt the orphan – she must have felt distraught too.

On to happier stuff… 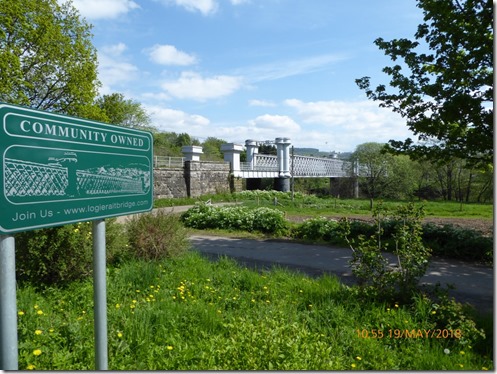 Yet another bridge over the River Tay

Stopped for a quick chat with the couple doing the Rob Roy Way, they were finishing in Pitlochry later that day. They’d wild camped before us the previous night. 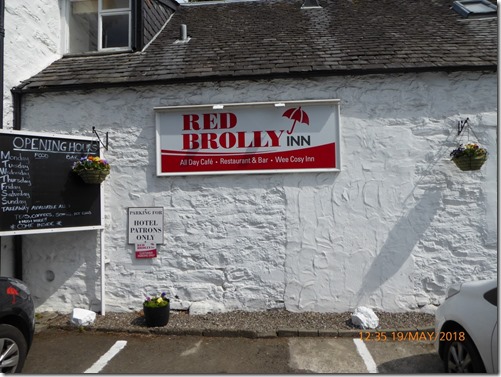 Into Ballinnluig and the very excellent Red Brolly Inn: Sausage, eggs, chips & beans plus a pot of tea: £7.90. Lovely staff too, You should go. 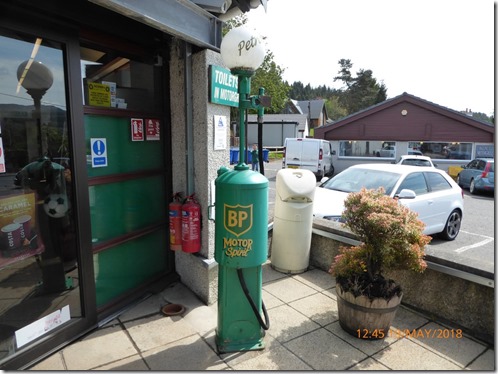 Left the town and headed in the general direction of Kirkmichael where I had a parcel of goodies waiting for me. Came across a couple of young Challenge virgins, Joanna and Oliver. They were having a blast and were both determined to return to the Challenge in 2019, maybe dragging their fathers along with them. 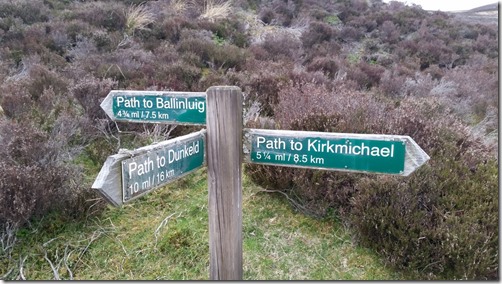 Joanna and Oliver walked with us and we camped together by Lochan Oisinneach Mor at NO029552. 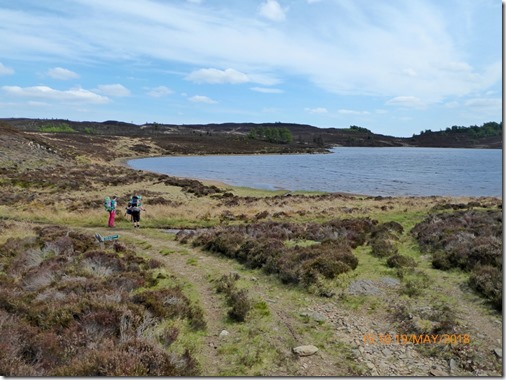 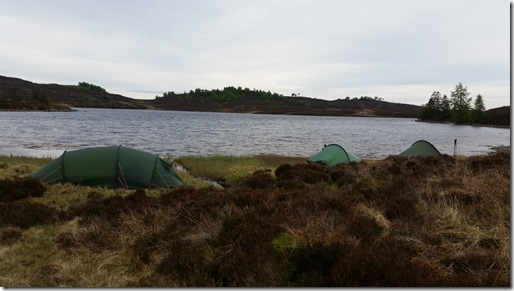 I was interested to see the solar chargers that Joanna and Oliver were carrying. Oliver’s was quite a large affair that charged a device directly – ie it didn’t rely on charging it’s own internal Lithium Ion battery so would only charge a device in when exposed to light. Joanna’s was a 2 panel Power Monkey charger, very similiar in size to my rather cheaper charger.

Both declared that they were pleased with their chargers. Interestingly, although Joanna’s Power Monkey had it’s own internal battery, she kept it connected to her phone whilst walking along – that’s something I’ll try with mine….when it’s not raining of course!

Whilst pitched up we were passed by two separate DofE parties. Although they were separate it looked like they were from the same group – their kit was very similar.

Perhaps part of the DofE training should include developing social skills in the hills. Neither party acknowledged our presence, in fact they ignored our existence completely in spite of us waving and shouting ‘hellos’….even though they passed us so closely that they really couldn’t have missed us.

Perhaps is ignoring fellow walkers & backpackers is included in the syllabus.

The breeze over Lochan Oisinneach Mor was chilly. Even so I was all horribly sticky and smelly so I indulged myself: a top-to-toe wash down in my tent got rid of the old JJ and replaced him with a fragrant and not at all sticky JJ. Nice….well I thought so.

By 6.30pm the cloud had thickened and the wind had changed direction so I stayed put in my tent, feasted on home-made and home dehydrated lamb casserole (seriously yummy), drank camomile tea and listened to BBC R4….that damned wedding. 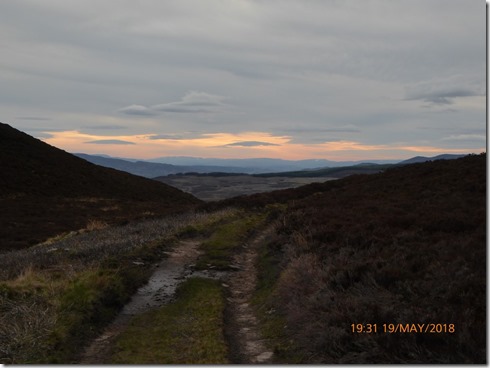 All was quite well in my Challenge world.