I went to see The Pitmen Poets last night, they were performing at Crewe’s Lyceum Theatre….this was AFTER the Curry Walk of course. This was a tremendously powerful and evocative performance at a beautiful venue. There's still chance to see them: Melksham, London, Bury Met, Bathgate, Hexham, and the Sage Gateshead between now and 19th February.

The concert is a mix, mainly songs but plenty of stories and some poetry. It's entertaining - quite funny at times, interspersed with the tales of hardship and tragedy.

Some of the material is traditional, some self-penned (Jez Lowe being the master!), other material is gleaned from the writing of Tommy Armstrong and others.

It's all really excellent. It's a must-see show if you're remotely interested in the history (and exploitation) of coal miners and coal mining, especially in the North East.
Even if the subject matter doesn't interest you I'm sure you'll enjoy the high standard of performance of Bob Fox, Billy Mitchell, Jez Lowe and Benny Graham...... although southerners may struggle with some of the dialect stuff!

Images nicked from the Pitmen Poets website….I’m sure the guys won’t mind!

The longest day, a visit to the home of the WW2 'Code Breakers'

First the bad news: the nights are closing in.
It gets better:
When the opportunity to visit Bletchley Park arose it took me around 2nS to decide to take up the offer. One of Mr Branson’s Pendolino trains provided the means of getting to Milton Keynes whilst friends John and Martin provided transport for the last few miles. 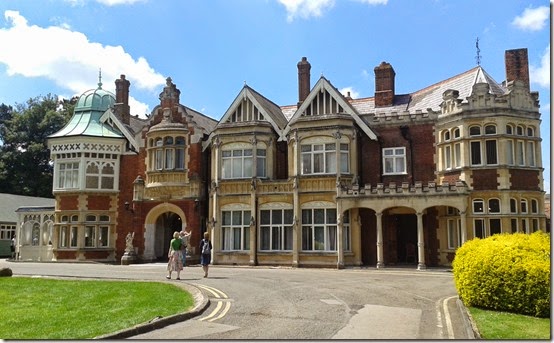 The Mansion
The Code Breakers who were based here were a select group of men and women who had the incredible mental agility to break what seemed to be an impossibly complex system of encoding and ciphering. The codes were generated using Enigma machines – fiendish bits of kit that were capable of generating millions of different codes.
The Code Breakers weren't able to carry out this vital work alone, they were assisted by an army of ancillary staff: wireless operators, those who variously fetched & carried, maintained the decoding machines, and many other roles that we can only guess.
The work was generally carried out in huts, which until recently had been allowed to fall into a state of disrepair. Fortunately 'someone' had the foresight to realise that we were in great danger of losing this important link with our recent past and so money was thrown at the problem. 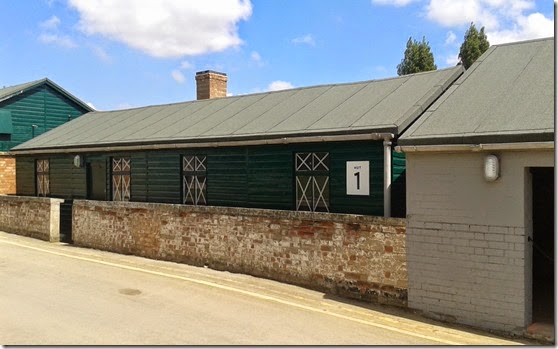 Hut 1
The most well known role of the Code Breakers was their involvement in the Battle of the Atlantic, fighting the menace of the German U-Boats.
It is less well known that efforts of the Bletchley Park Code Breakers also played a huge part in other theatres of WW2: the wars in the air and on land.
It's impossible to say with any certainty by what period of time WW2 was shortened by due the work carried out here,  but it was very considerable.
Secrecy was vital, if word ever got out about the work that was carried out here the consequences would have been unthinkable. Even husbands and wives working here never let on to one another about the work they carried out. In fact it’s highly likely that a majority of those working here had no idea what they were doing – just that the work was of national importance. In reality ‘national importance’ was an understatement, ‘national survival’ was nearer the mark.
As the systems used by the Germans became more complex it was Bletchley Park’s code breakers that faced the challenge and succeeded in breaking the codes, eventually designing and building electro-mechanical computers such as the Bombe: 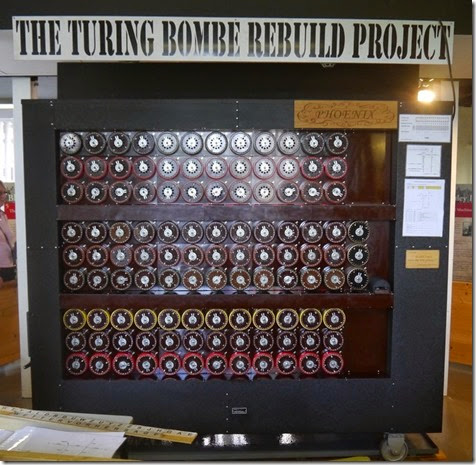 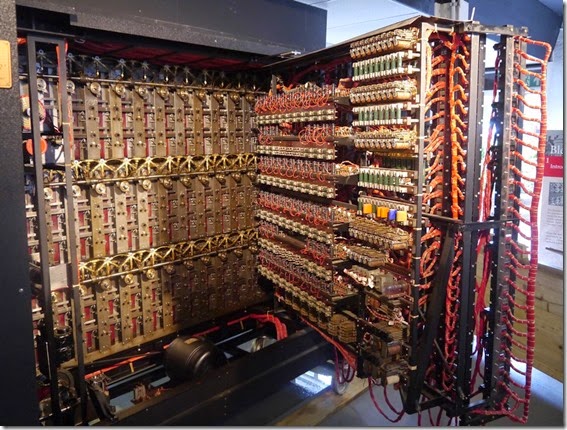 The inside gubbins of the Bombe
Key to much of this work was the genius that was mathematician Alan Turing: 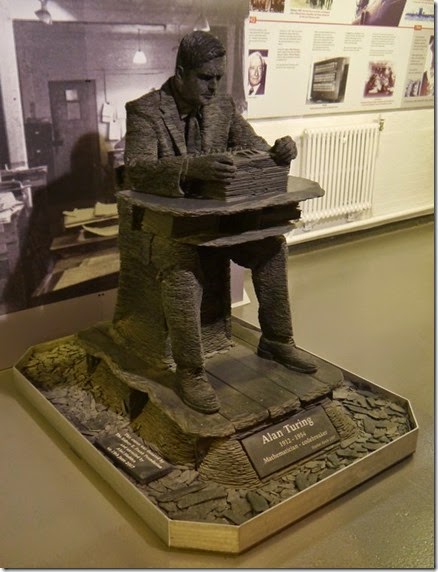 Statue of Alan Turning with an Enigma Machine
As more and more processing power was needed to crack the German codes the world’s first electronic computer was built and designed here. Jack Copeland’s book on Colossus is brimming with information.
My brain is still buzzing from this visit, there’s so much history crammed into Bletchley Park that it’s beyond me to effectively put it into words. You should go yourself to check it out. entry is £15 but that gets you admission for a whole year. I need to go back again, I missed so much.
Rather than any more of my drivel, here are some pics: 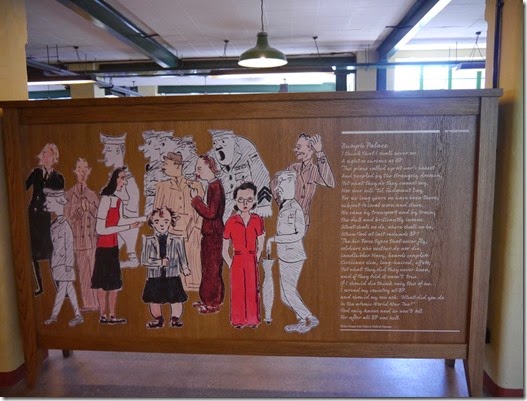 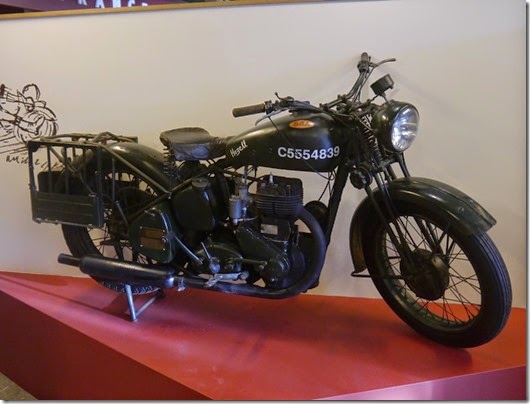 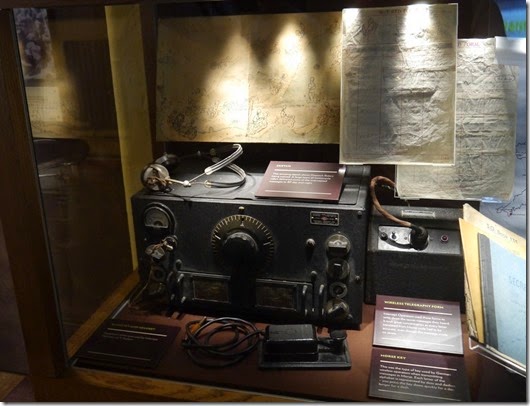 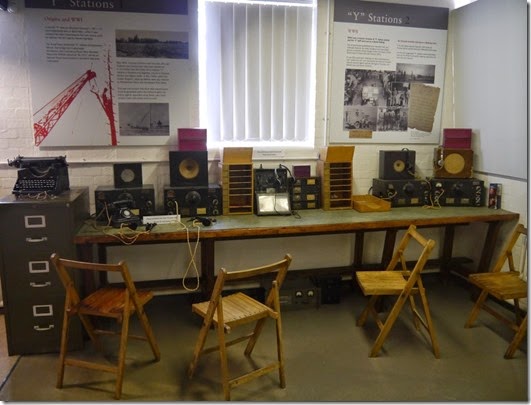 Reconstruction of a monitoring station 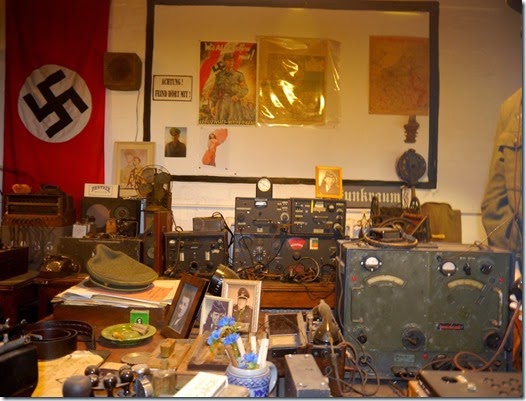 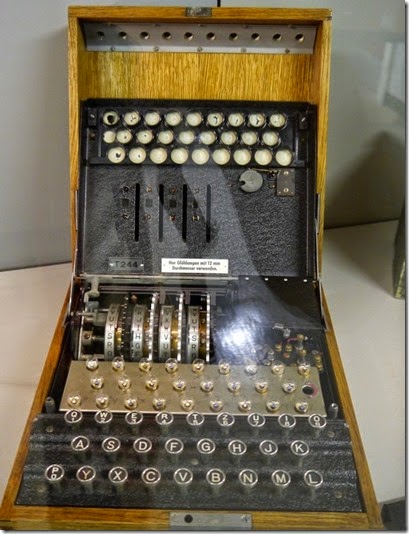 An Enigma Machine
More photos are here. This album will be added to in the next few days.