In which we camp on a newly-mown lawn. Nice..

Up and about at 7.30am. The sun shone and our tents were soon dry. Mike went for a dip before we set out – I’d opted to have my usual top-to-toe wash down in warm water the previous evening. Whatever, were once again fragrant….well, we didn’t smell quite so bad. 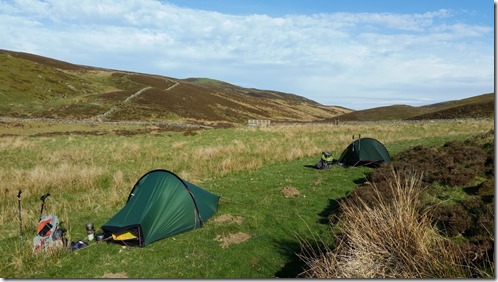 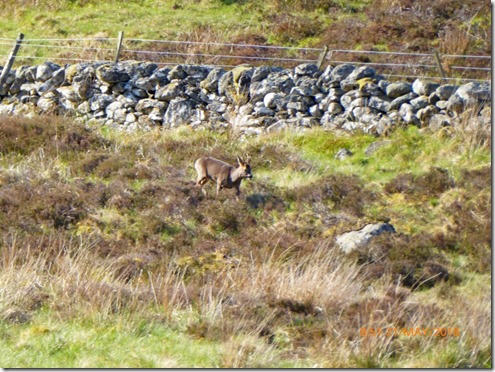 One of the morning’s deer

A couple of deer came down to the stream. They’d almost certainly spotted us and they kept their distance, but other than that they didn’t appear to be perturbed by our presence. 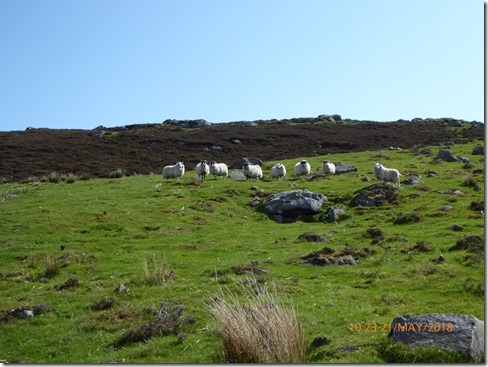 Packed and away by 9.30am and we successfully missed our intended path – and that was WITH a map. Not much chance of getting to the East coast at this rate.

Spotted two lizards just ahead of us on our (wrong) path – they soon scooted off into the undergrowth. 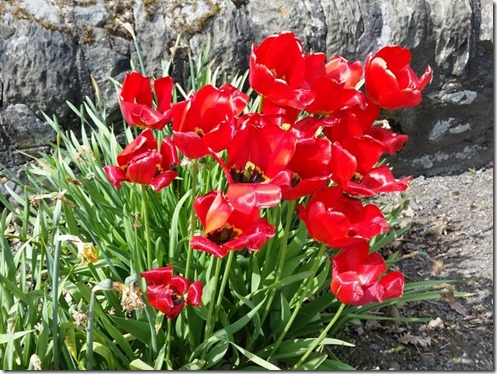 We were now walking through much lower ground, lots of farmland, cows, sheep and colourful flowers. Cattle that had only recently been ‘put out’ were quite frisky, mummy cows were being very protective towards their little ‘uns. 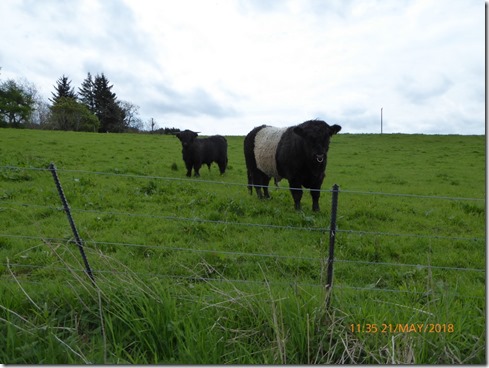 There were no shops or pubs on the day’s route – although we were hoping the pub at Kirkton of Glen Isla may be open for refreshments. It was shut – maybe closed forever. Builders were doing their builder-type stuff, there was some serious work being carried out on the building. Depending on who you believe the building is being tarted-up and will be re-opening as a pub, hotel or whatever, OR it was undergoing conversion to a private house. I suspect the latter. 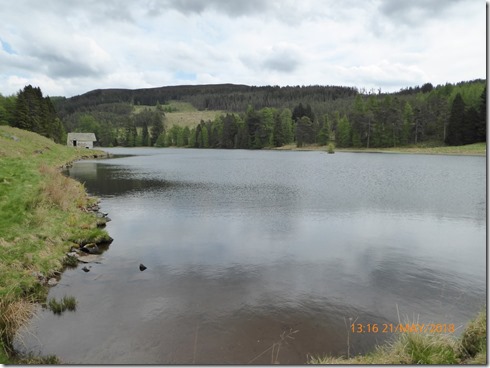 Stopped for lunch by a small reservoir where we were ‘found’ by the first and only Challengers of the day: the Mellors of Coggeshall, Fran and Allen. 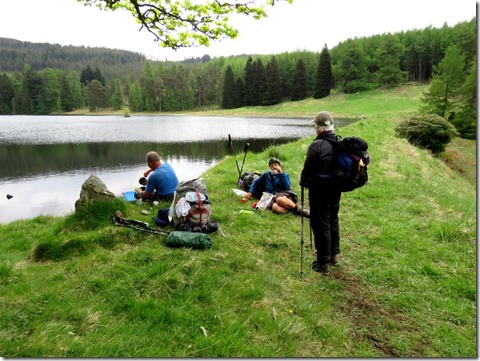 They were necessarily taking a less taxing route, B&Bing their way across. We spent a pleasant 20 minutes or so updating each other with the latest Challenge scandals and other news. And then drank more tea. We were in danger of sliding into slackpacking mode. 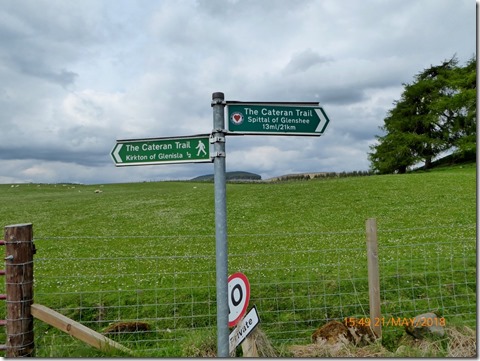 The route so far that day had seen us walking on too much tarmac – all very quick and all that, but not the nicest way to walk across Scotland. Mike, who had a very fancy GPS with him, and according to my diary, came up with an alternative route involving less tarmac and more paths and LRTs. It was good. According to my diary.

Looking at my maps now I just can’t imagine where we went. Perhaps I need a fancy GPS. 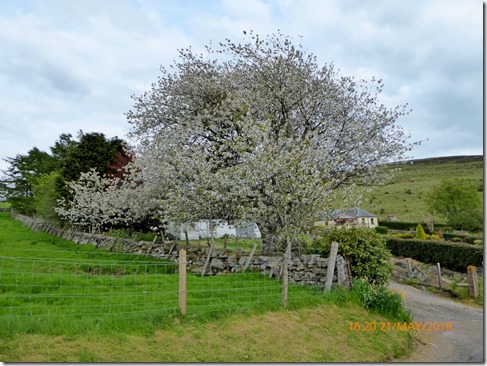 Whichever route we ended up taking, we DID end up at Backwater Reservoir, arriving on tarmac. The map suggested loos and picnic tables. There was also a patch of beautifully manicured lawn that was screaming out to be camped on. This was Scottish Water land and we decided it would be prudent to sit at the picnic tables to prepare and eat our meals before putting our tents up – just in case any Scottish Water officials came by and turfed us off our luxurious pitch. 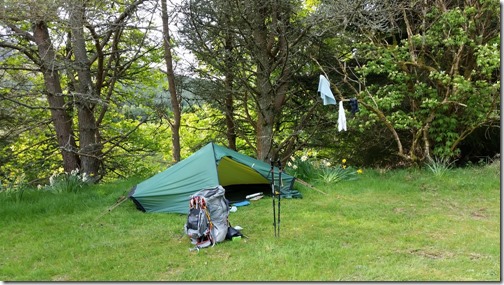 The loos were, er, convenient: wash basins provided the means of washing my smellies as well as my own smelly bits. The Gents were pretty awful, but the Ladies were nice and clean. We were in kilts after all…

Local anglers were doing what anglers do best, quite a few were overnighting in the hope of catching fish. The local (or maybe not-so-local) gobby riff-raff were in evidence which was a little concerning. I shortened my PacerPoles, just in case, they wouldn’t have been as effective as my Rattan sticks but they’d have certainly sufficed if needed.  As it happened we spent an undisturbed night.