I try to enter this event each year…apart from being a good excuse for a walk in good company it means that I don’t need to make my tea when I get home, the catering on the East Lancs LDWA Two Crosses Circuit is legendary. Judith took part with me last year, but the thought of having to walk with me for another day was enough to put the poor girl off. Anyroadup, in a moment of absolute madness, Alistair agreed to join me on the day’s walk.

The field of around 190 walkers and runners were gathered in the event centre in sunny Tottington, drinking tea and scoffing the toast that the Club had thoughfully provided for the participants. It was good to see Martin, Steve B and his mate Steve at the start. They were doing the 25 mile route, Alistair and I had opted for the more leisurely 17 mile option. 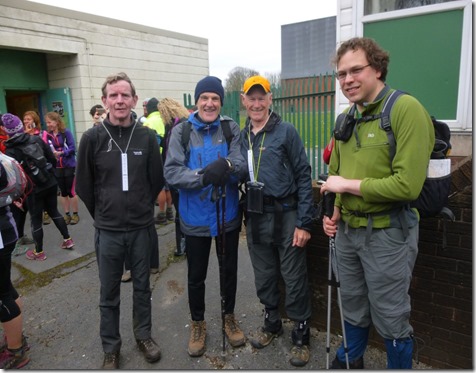 L > R: Steve, Steve B, Martin, Alistair, ready for the off

At 8am the field set off. Martin ran off and the two Steves soon pulled away from Alistair & me – we were out for a more laid-back day. Conditions were perfect: it wasn’t raining and the ground was quite dry, within half an hour of starting out the sun came out to cheer us on our way. 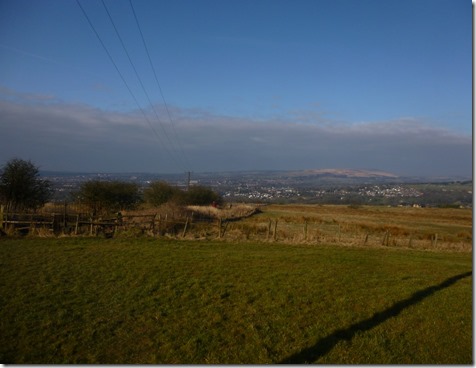 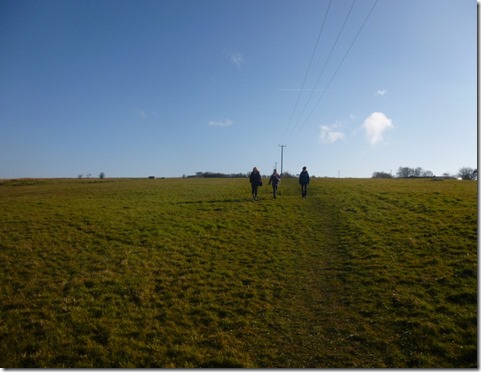 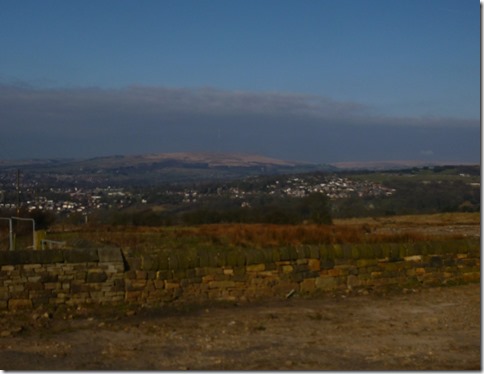 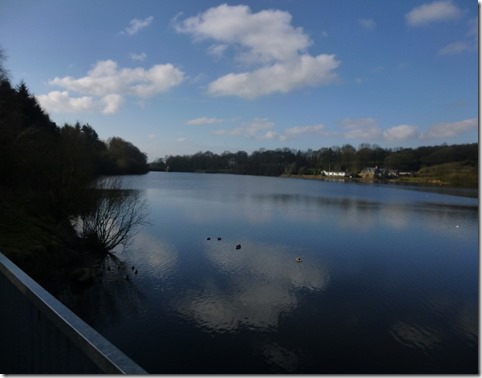 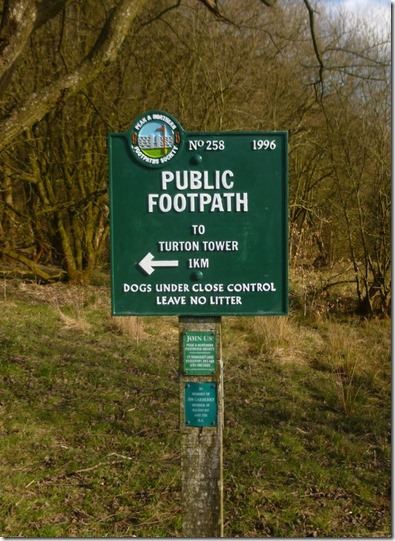 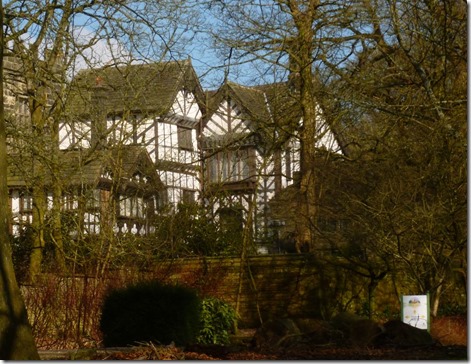 Even though we were towards the rear of the field were making good time and arrived at the main food checkpoint with time for a good sit-down and chat with those manning (and womaning) the checkpoint. We probably stayed for 50 mins, long enough to see the first few runners (doing the 25 mile route) come in. We enjoyed firsts, seconds, and, er, thirds – the Greek salad was just delicious. As was the pork pie. And the fresh fruit salad….and all the other goodies. 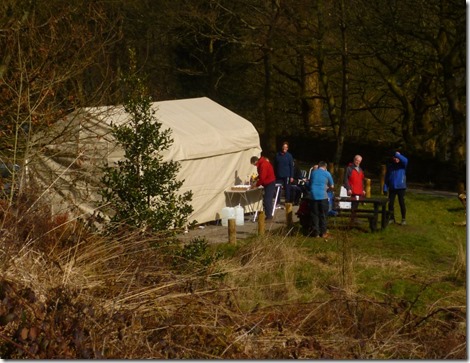 Very reluctantly we eventually dragged ourselves away from the cheery East Lancs folk and their feast of a feast. Trying to walk briskly after a slap up meal wasn’t easy – but it had to be done. 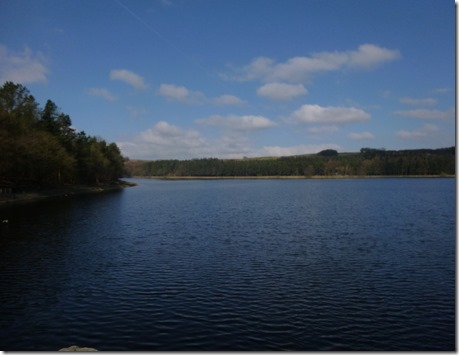 Heading East now, our next objective was Bull Hill & Holcombe Moor, an area used by the armed forces so they can practice shooting at each other whilst covered in peaty mud. Very little mud today though, the recent dry spell had made walking across the normally evilly-squelchy really quite straightforward.

Just to the north of Bull Hill is the infamous Naughty Corner, otherwise known as Checkpoint 6. All manner of naughty drinkies are available here: sherry, rum, whiskey….and other beverages too no doubt. Alistair and I resisted temptation but took advantage of the dry ground for a leisurely sit down in the warm sunshine and a damned good chat with those manning the check. Runners and walkers flew through as we chilled in the good company. 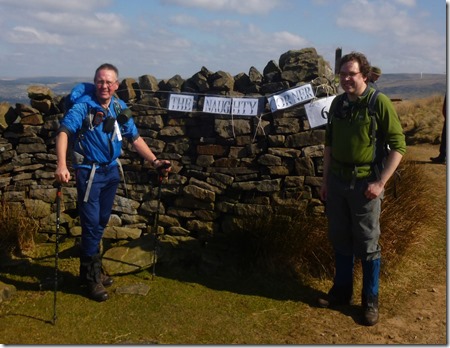 An orange cap came bouncing down from the direction of the top of Bull Hill, slightly off-route - it was Martin. After a nip of something or other Martin joined us for much of the rest of the walk.

Marching south now, our route took us over Harcles Hill, and on to Peel Tower. This was the last climb of any significance of the day. There were loads of day walkers out, this is a popular area – especially on a sunny day like today. 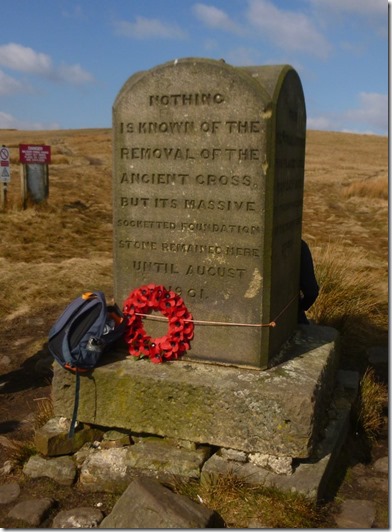 Wind-up windmills and quarries of Knowle Hill and Harden Moor 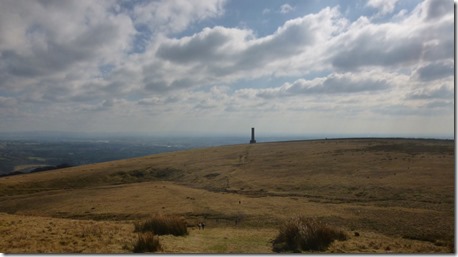 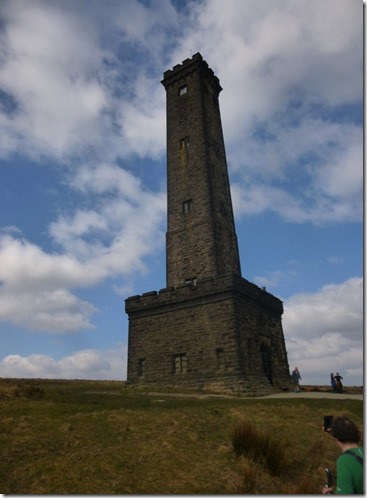 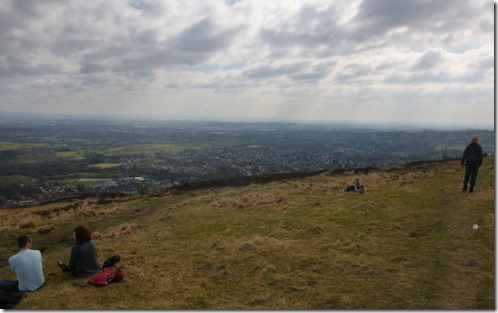 South over Bolton, Ramsbottom & Bury, Manchester and the Peak District beyond 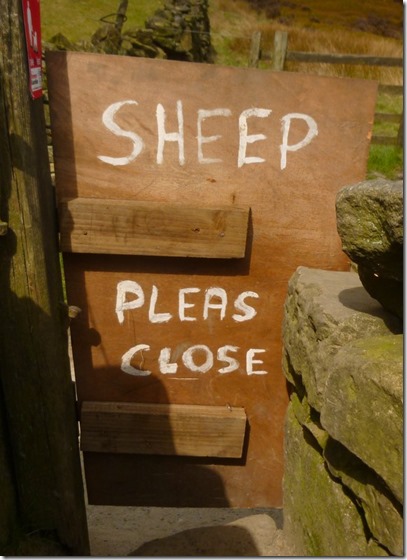 The next stage involves a steep decent through Redisher Woods, notorious for being slippy and slimy. If you got this far in the walk without getting covered in mud or sliding on your bum, this bit would ensure you finished splattered in the brown stuff (ask Judith). Not this year though. The ground was dry and we enjoyed a relatively quick and easy decent. 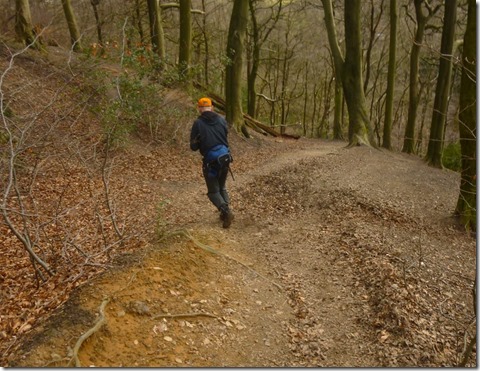 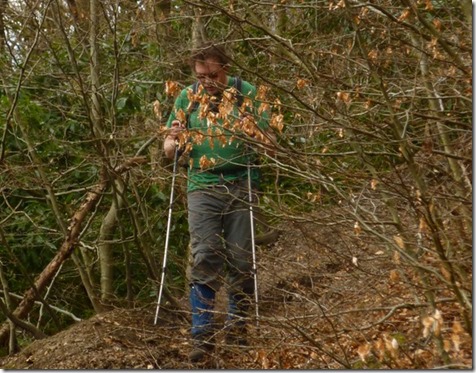 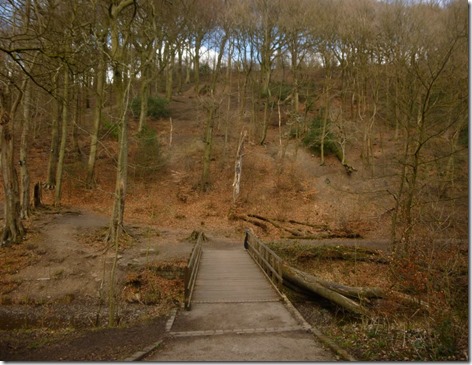 Looking back at Redisher Woods, it doesn’t look difficult at all

The final checkpoint (7), manned by the ever cheery Sue & Steve, came and went. We were now on the final leg of the walk, easy walking over footpaths, across a golf course and a section of disused railway line.

Once on the disused railway Alistair increased his stride, eager to equal or even beat his previous time of 6hrs 37mins (he equalled it) and Martin jogged off to get a good time. I couldn’t be mithered – I was wearing boots so running really wasn’t on anyway. As it happens I came in at 6hrs 38mins. I’m sure we could have easily knocked 30-40 minutes off our time if we’d have shaped ourselves at the checkpoints, but we were out for a walk and not a race.

Good food at the finish - home made soups, butties, Manchester Tart (especially Manchester Tart!) and loads of other goodies, ensured that nobody would need their tea when they got home. The East Lancs Catering Corps strike again!

A great day out (again!), my very grateful thanks to Alistair, Martin, the Steves, my Mum, and of course the East Lancs LDWA for putting on the Two Crosses – it really is a fine event. Special thanks must go to East Lancs members Paul & Alison. They have organised the event for the last 6 years and are now standing down to do other stuff in the group. The new organisers, Cordon Bleu Viv & Caroline are taking over – I’m sure the event is in safe hands. If nothing else the food will be brilliant!

Where we went (clockwise): 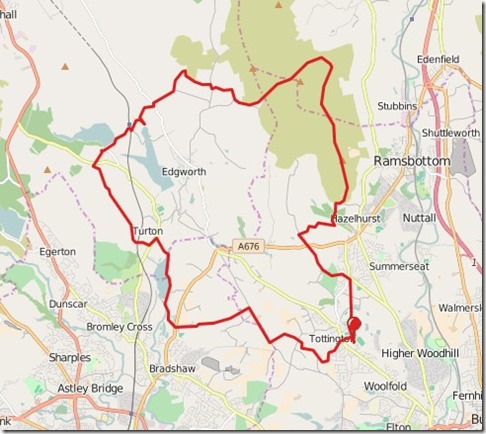