Wednesday 24th October, An excuse for a curry

It was Gayle. She is entirely responsible. It was Gayle’s fault. There can be no denying that Gayle made this happen. If it wasn’t for Gayle we would probably all have stayed at home.

Gayle said she fancied a curry at the famous ‘This & That’ in the centre of Manchester. Not only did she fancy one of their very excellent curries, she wanted to join the Timperley Walkers And Tipplers on one of their Curry Walks.

The Curry Walks were started by the long-suffering Rick last year. Rick had been visiting ‘This & That’ for many years but now he’s decided ‘we’ were appropriate custom for the place and so he has shared his secret.

Anyway there hadn’t been a curry walk since June so it was about time for another pilgrimage….so perhaps we can’t hold Gayle ENTIRELY responsible.

Folks started arriving at Martin & Sue’s from 9.30am-ish, tempted by rather good carrot cake a decent coffee. By the time I arrived, Alan was already there, wrapped round a cup of freshly brewed coffee. Unfortunately Sheila wasn’t able to join us….she had to work. Mick arrived soon after we all made a valiant but futile attempt at demolishing the cake.  Admitting defeat, the party left to meet up with expedition leader Rick and his next-door neighbour, Pete.

The route is fairly straightforward – canal towpath into Manchester and then just a little micro-navigation around the back streets of Manchester to our final destination on Soap Street, Shude Hill.

Although I’ve walked this route a number of times I always find it interesting, there’s loads of history and industrial archeology to look at. What is quite striking is the contrast between the architecture dating back to before the Industrial Revolution and the uber-modern buildings of today.  The Bridgewater Canal is affectionately known as the “Dukes Cut” after it’s owner, Francis Egerton the third Duke of Bridgewater. He built the canal to transport coal from his mines at Worsley to the industrial areas of Manchester, it revolutionised transport in this country and marked the beginning of the golden canal era from 1760 to 1830.

See, read this blog and learn. Something.

Within a few minutes our little group was on the canal towpath, and sniffing the air for traces of exotic spices, we walked northwards.

There’s not a huge amount to say about the route so I’ll post some photographs, taken with my still new Lumix G3: 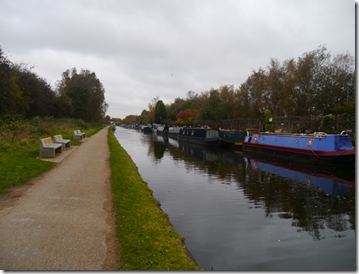 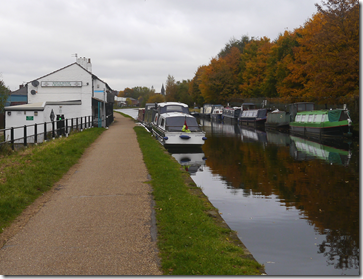 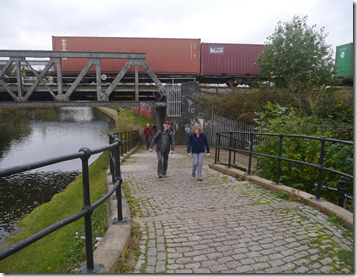 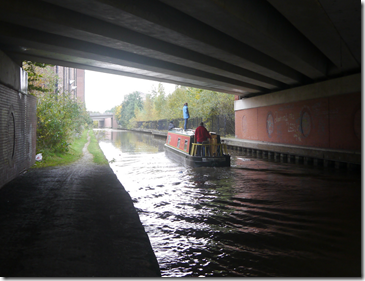 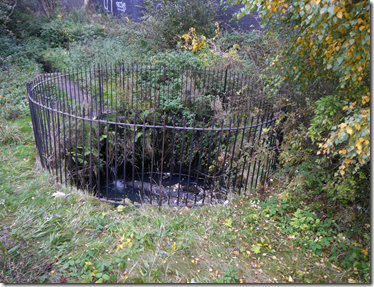 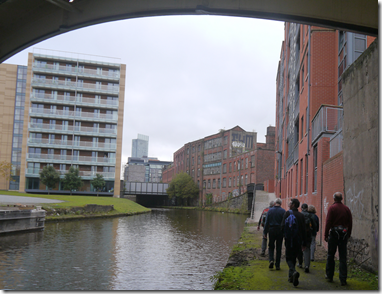 New and old in Manchester 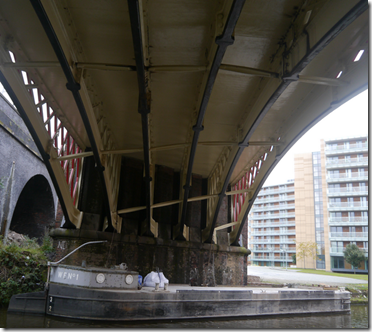 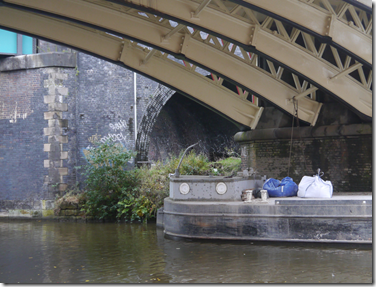 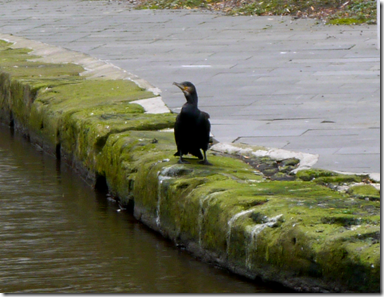 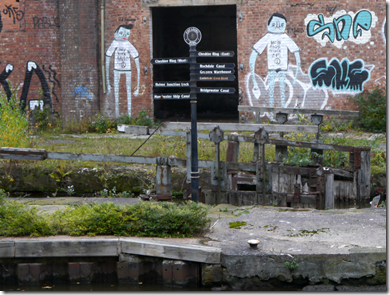 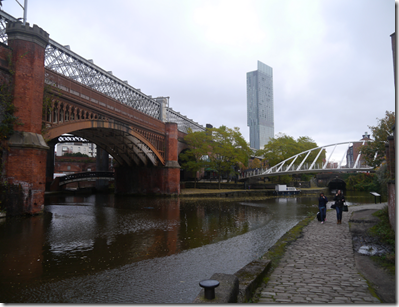 The Beetham Tower – visible from MILES away 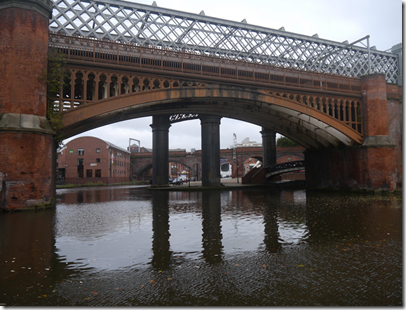 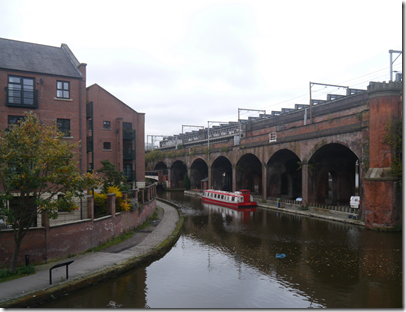 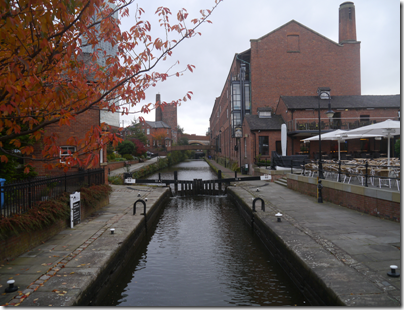 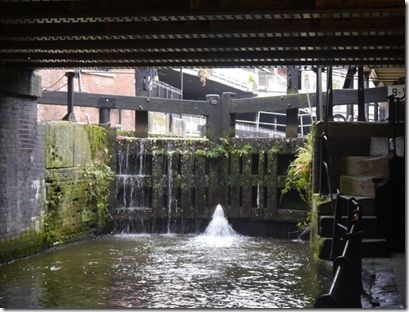 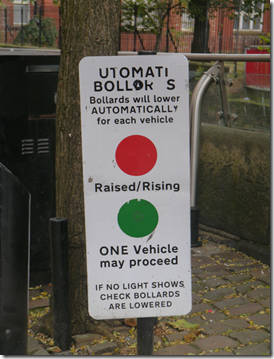 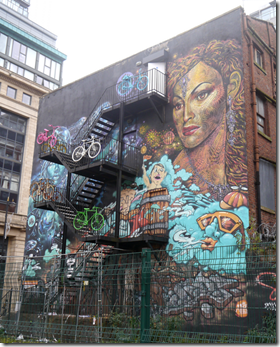 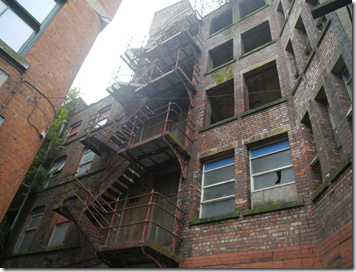 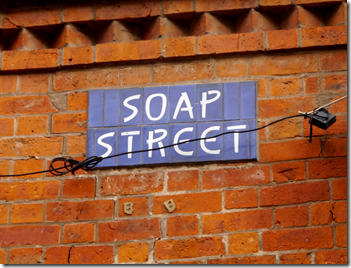 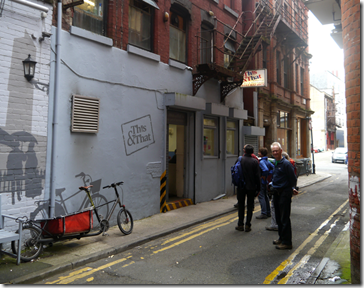 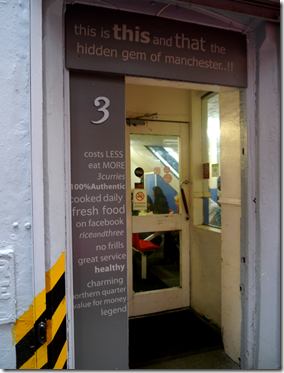 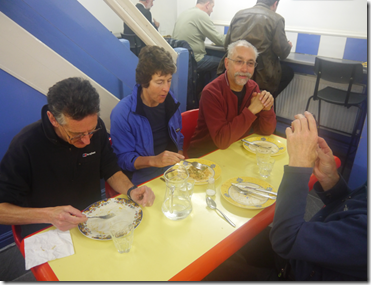 Martin’s gadget-thing measured our distance, something like 9 miles. It was Sue’s first (and not last) visit to This and That. Rick ALWAYS enjoys his visits here. Pete enjoyed his walk and lunch. I had a nice day. Mick had a long day – not only had he travelled up to Timperley by train and tram, he was also giving a talk at Stockport Walking and Outdoors Group that evening. Roy enjoyed meeting up with us again – we had first met him on the Bollin Valley Way walk a couple of days earlier. Alan doesn’t ever need an excuse for a walk. Or a curry. Or a rather good beer in one of his favourite pubs in Manchester, The Ape and Apple. We had to join him of course, he might have been lonely. And it would have been rude not to.

Oh, and Gayle. She didn’t make it, she had to go to work. Poor Gayle.

She wouldn’t have enjoyed it. Honest.