Good Friday came round again and it was time for a solitary and socially distanced ride to, and around the closed pubs of Mobberley.

The day had dawned dry, bright, and pretty damned cold – but there was no wind so the cycling was easy.

This ‘event’ is usually attended by 100 or so cyclists, but in these days of Covid-19 restrictions this just couldn’t be.

In spite of restrictions, other cyclists had a similar idea to me, by the time I’d arrived at the Plough & Flail at around 11.45am, I’d ‘collected’ Pat and Vanessa en-route. Other cyclists had beaten us to it. 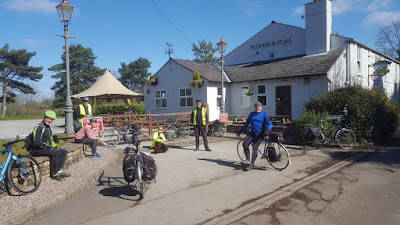 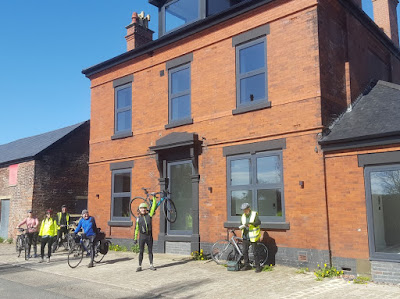 There was just enough time for a photo call and a beer when it was time to head out to the Stag at Warford. The Stag, a one time excellent pub, closed it’s doors for the last time some years ago. In spite of various promises to re-open, it looks like it’s being converted to offices.

Still, a quick beer was quaffed as a mark of respect.

The Frozen Mop was next, followed by the Bird in Hand – a Sam Smith’s pub that Humphrey Smith had closed a long time before Covid-19, for reasons best known to himself. 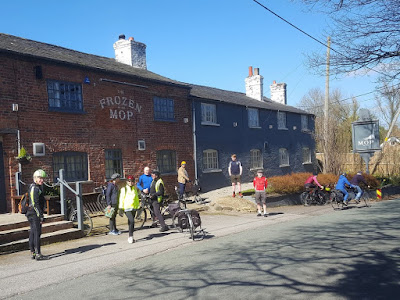 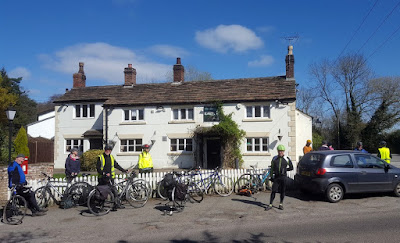 The Bird in Hand....anyone want a job?

A sign in the pub window advertised for someone to run the pub. I don’t think there’ll be many applicants, most folk I know want at least SOME job security.

The Bull’s Head & Roebuck were next, along with a couple of pints of Cheshire Cat. The Roebuck has become a village shop, selling lovely pies. And beer. No photos I'm afraid, I was too busy eating my butties.

The sun continued to shine brightly – and almost hotly. Not bad for an early spring day.

The Church Inn, preceded the once excellent Chapel House, now a private house, but still sporting the pub sign. 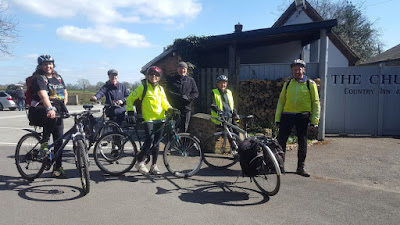 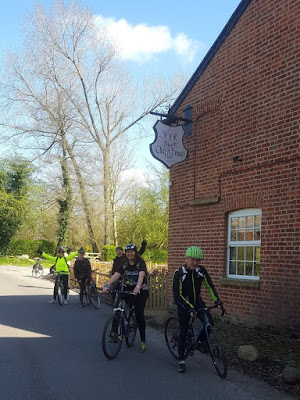 The last pub of the day was the Railway, a former Greenall’s house. This pub is unusual in that it has retained it’s bowling green – so many pubs have converted their greens to beer gardens – or car parks. 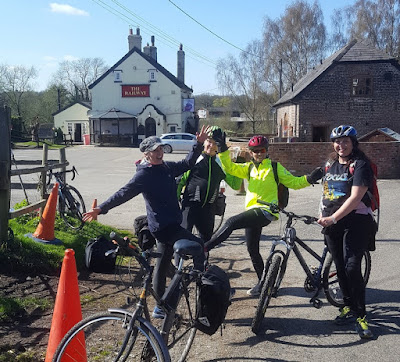 The Railway rather unwillingly hosts a music and singing session at the end of the ‘Eight’, it’s proved popular with customers and M8ers alike, but for some reason this enthusiasm isn’t shared by the pub management. 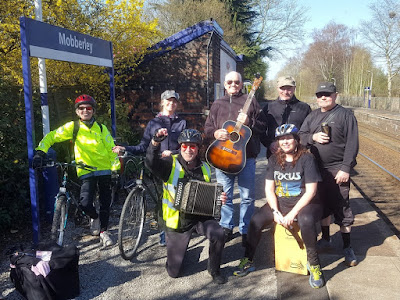 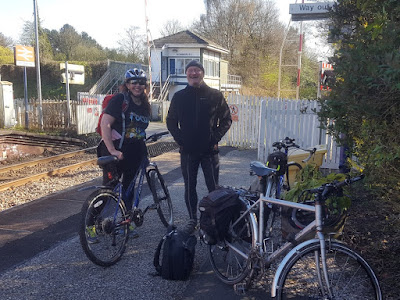 With no pub to play in this year those remaining headed for the Manchester-bound platform of Mobberley station. A few tunes were knocked out, no singing though, before we all began our responsibly distanced journeys to our respective homes.

And we all lived happily ever after.

Good Friday came round again and it was time for a solitary and socially distanced ride to, and around the closed pubs of Mobberley. The d...