….An After Eights Production

The sun was beating down, although there was a freshness in the air as five walkers gathered at The Carrs car park, Styal, ready for a 9am (the one in the morning) bimble around the gentle paths and quiet lanes of Cheshire.

When we realised that other After Eights walkers weren’t going to be joining us because they’d stayed in bed or just couldn’t be mithered coming out on such a glorious morning, we hot-footed our way over the footbridge then headed SW through the housing estate (Wilmslow residents will likely object to this part of their town being so described. 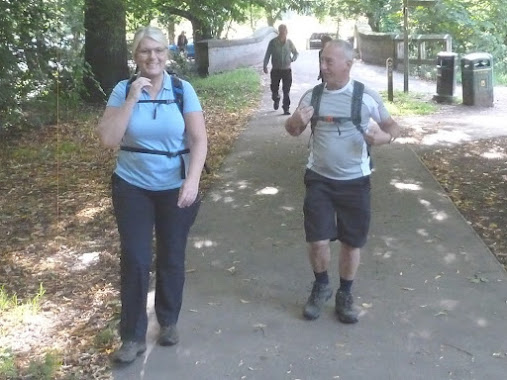 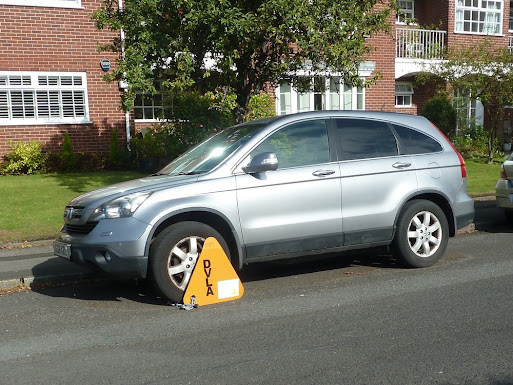 Oh dear. How sad. What a shame.

We were soon away from the estate and walking through pleasant countryside, by Morley Green, Morley, and then to follow the River Bollin for a short while, before walking SW along the North Cheshire Way, which at this point runs alongside Manchester Airport’s runway. 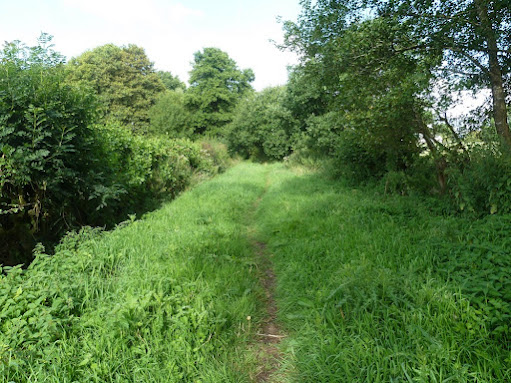 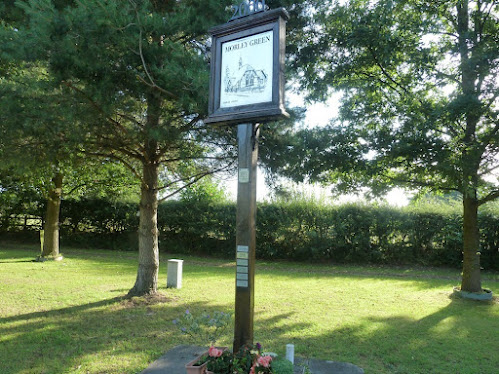 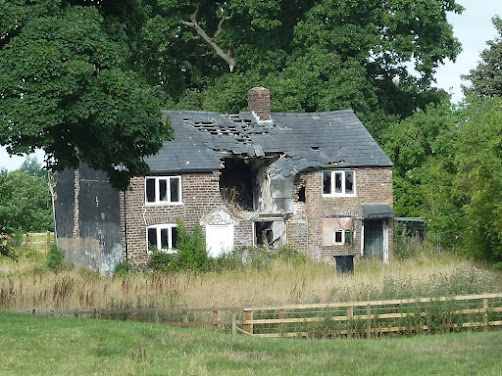 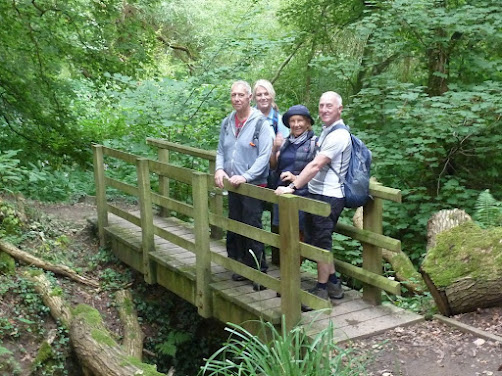 Rounding the SW end of the runway, stopping occasionally to look at the stream of aircraft taking off, we found a nice spot to sit down, have a cuppa, demolish some scones, and watch yet more aircraft depart. 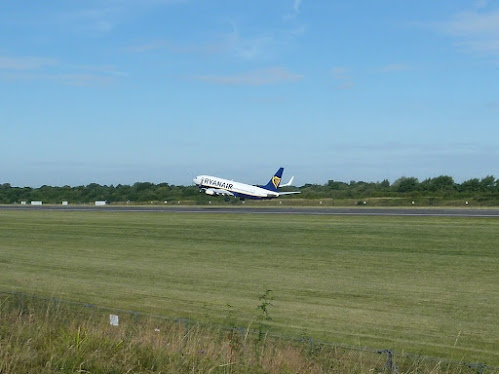 One the western side of the runway walk trundled NE to a nice spot where we could stop for a leisurely lunch consisting of another cuppa, butties, and more scones – I was determined I wouldn’t be taking them all home with me.

Leaving our sunny spot, we descended steeply down a track which took us back down to the River Bollin and soon the that magnificent piece of engineers, the River Bollin ‘Foot Tunnel’ under the runway.

A photo call was, er, called: 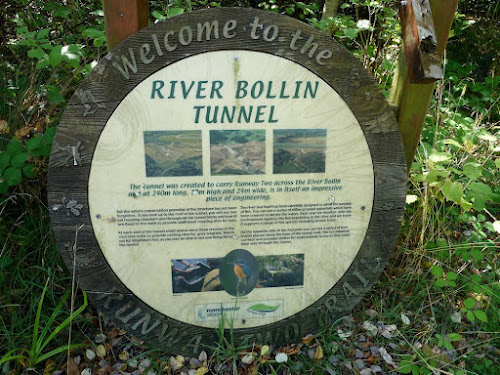 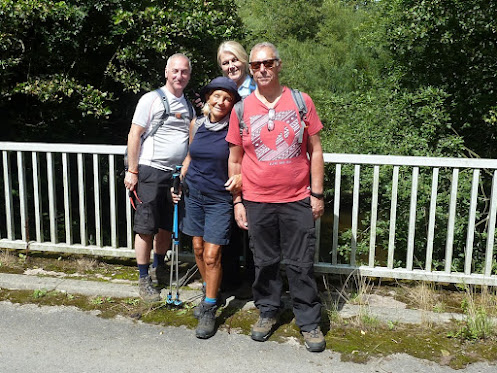 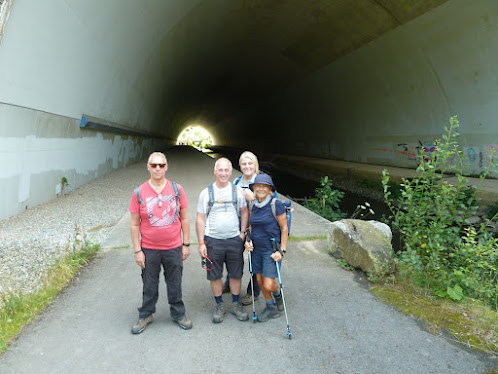 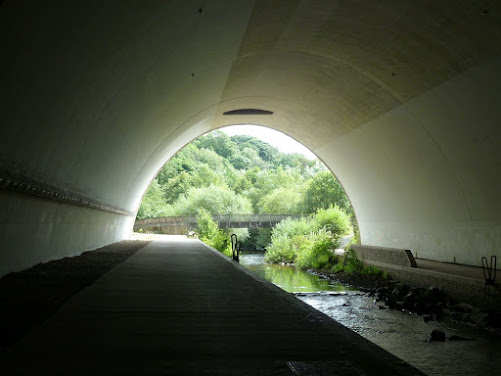 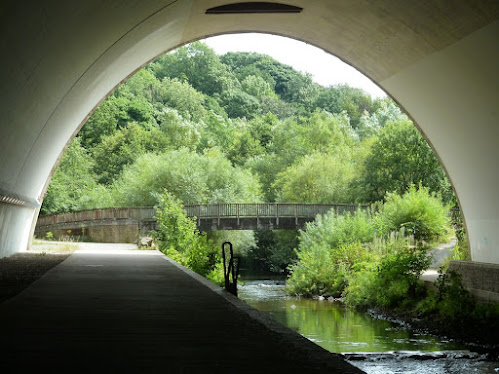 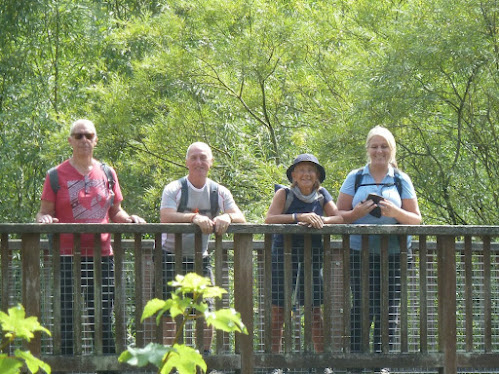 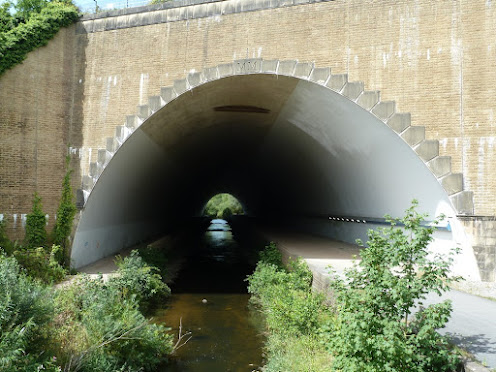 Kay and I had recced the route a couple of times with a view to minimising the amount of tarmac we’d have to use. We were quite successful , but it did mean that the we had to retrace our steps on a short section of the outward leg. No matter, it was less than a mile, and doing a route in the other direction is really like, well, another route.

Hennyway, back to Morley, then north to cross the busy A538 which delivered us nicely into the National Trust’s Styal estate. 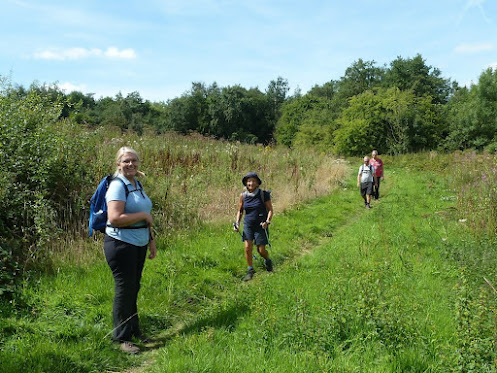 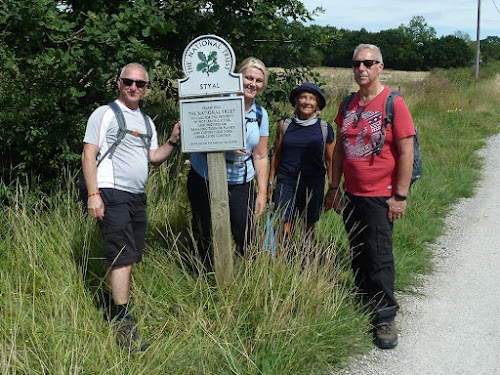 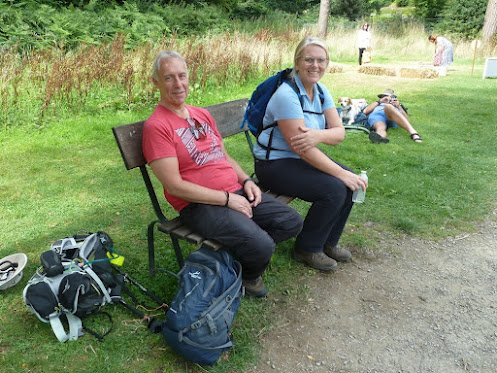 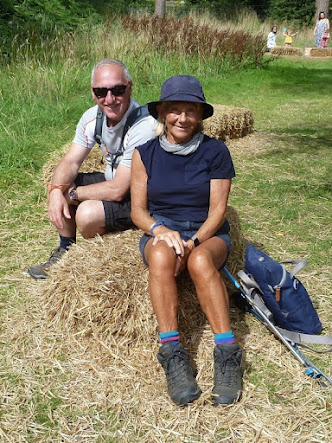 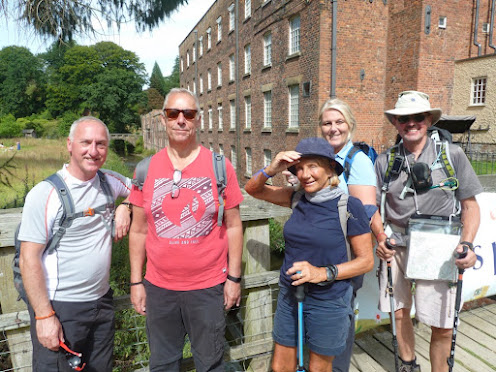 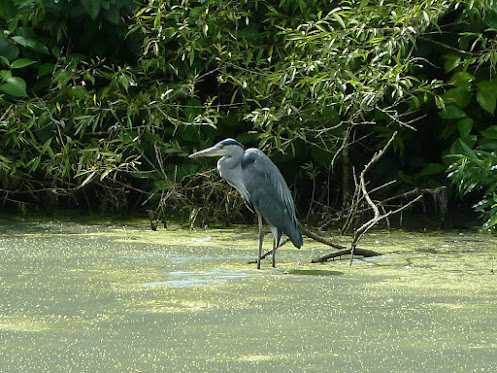 The heat of the day was begining to tell so the bench seat & straw bales outside Quarry Bank Mill offered a welcome rest for tired legs.

On the final leg now, following quiet paths through woodland that offered us welcome shade.

The paths became busier as we approached the car park – where I was hoping to be able to buy myself an ice cream. No such luck, oh well.

So that was it, we Famous Five had enjoyed a nice walk of just under ten miles, not far, but quite enough on such a hot day.

Me? I had a ball! Great fun, great company, lots of laughs, quite a few scones, a nice walk...and it didn't rain!

Thanks to everyone for turning up, not complaining, for eating my scones, and thanks to Kay who’s help was invaluable in planning, plotting, scheming, and for helping make it happen.

Email ThisBlogThis!Share to TwitterShare to FacebookShare to Pinterest
Labels: After Eights, Fun, Walkies

Another bright and remarkably warm day, given the weather forecast, saw the fine fellows of the Cheshire Hare & Hounds Tally-Ho! trail...